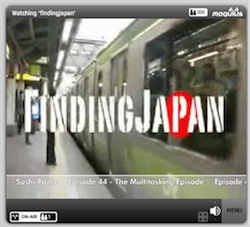 Well, I finally did it. I launched a Mogulus channel. But rather than force it on people here, you can check it out at the following link below. Right now, all of the video podcast episodes are in rotation along with some Japanese commercials in-between.
What is Mogulus you ask? Well, its like streaming episodes on ABC except you get my video episodes with cooler commercials instead. It’s worth it just for the Andy Warhol bit! If you are bored, go get a watchin’.